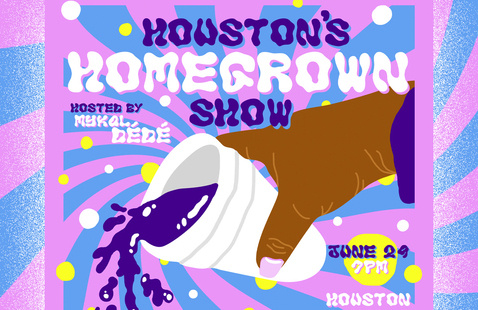 https://improvtx.com/houston/event/houston+homegrown/12218685/
View map
Add to calendar
Save to Google Calendar Save to iCal Save to Outlook

The show is hosted by Mykal Dédé, who has appeared in the SXSW Comedy Festival, and is a two-time winner of Houston's Superbowl of New Jokes.

Check out an incredible show with some of the city's best comedians and support local talent.

Tickets are sold by the table, starting at $20 for 2. Order tickets or learn more.

This Boosted Calendar Listing was sponsored by the event organizer. These are expanded beyond our basic listings, featuring event graphics and images and more detailed information. They’re added to our calendar within one business day of purchase. When relevant, they are included automatically with all advertising campaigns, packages, and orders.

Ad revenue supports 365 Things to Do in Houston, our staff, and our contributors, allowing us to continue our coverage of activities and events around the Houston area. Click here to learn about promoting your event or business.